it was learned that the AES testing of the seawater short circuited wires was going ahead in June.

There had been considerable opposition to these tests put forward by the TSB,

and Gerden had only reluctantly allowed the making of the test samples.

They had then been submerged in ocean water for thirty days.

Foot and Sidla of the TSB offered an alternative set of tests instead of the AES testing of these wires.

However, Larry Fogg of Boeing pressured for the tests,

and Dr. Brown indicated that he needed these wires to produce a report.

As for the RCMP, Lathem was non-committal throughout.

I had to submit a memo to Lathem that provided my reasons for attending the tests.

In the initial memo, four very good reasons were provided.

However, that was not sufficient.

Gorman relayed the message that more reasoning had to be added.

So the following memo was written and printed on the only paper available in the hangar - green paper.

The memo was then placed on Gorman's desk upside down where it stayed for a week.

Meanwhile, Duncan and Lathem had a high-level finance meeting

during which it was agreed that the AES testing would be monitored, and I would attend.

All this time, the memo that was now not needed remained on Gorman's desk. 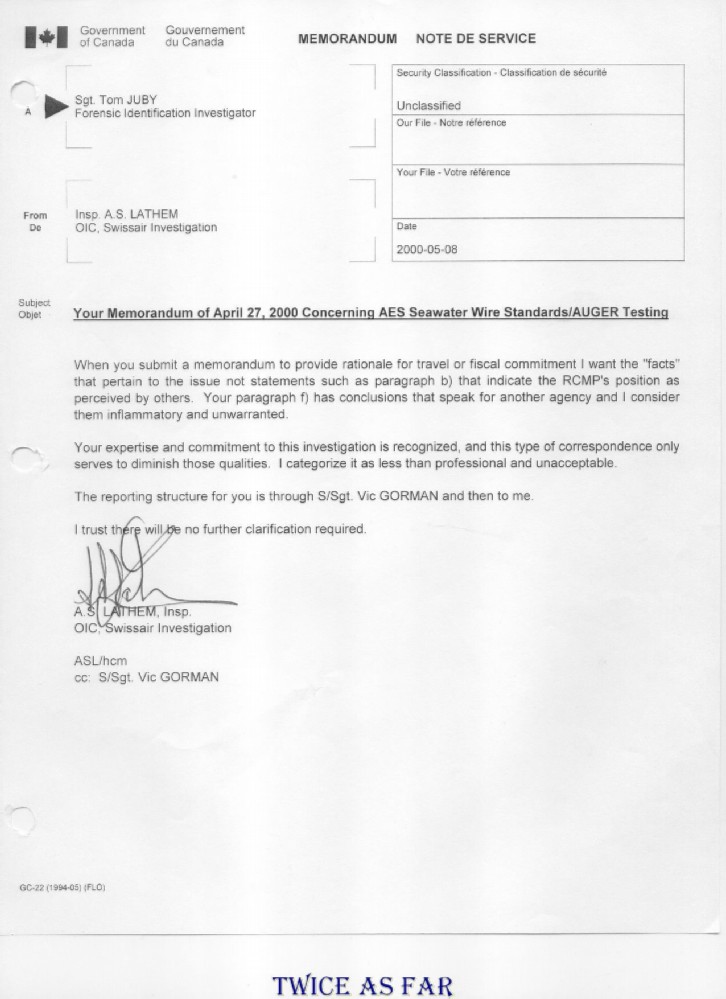 As I indicated, the memo had gone to Gorman's desk for his perusal.

When it was initially read, he did not like all the points.

Lathem could easily have asked that changes be made.

That type of thing happened all the time.

However, that seemed not to be Lathem's way.

He seemed to want ammunition to discredit me at a later date.

As for whether or not my memo was proper,

I simply called it the way I saw it.

After the way things turned out with the AES reports,

perhaps I had hit the bull's eye.

by this time Lathem and the TSB already knew that

and their physical evidence investigator who knew too much. 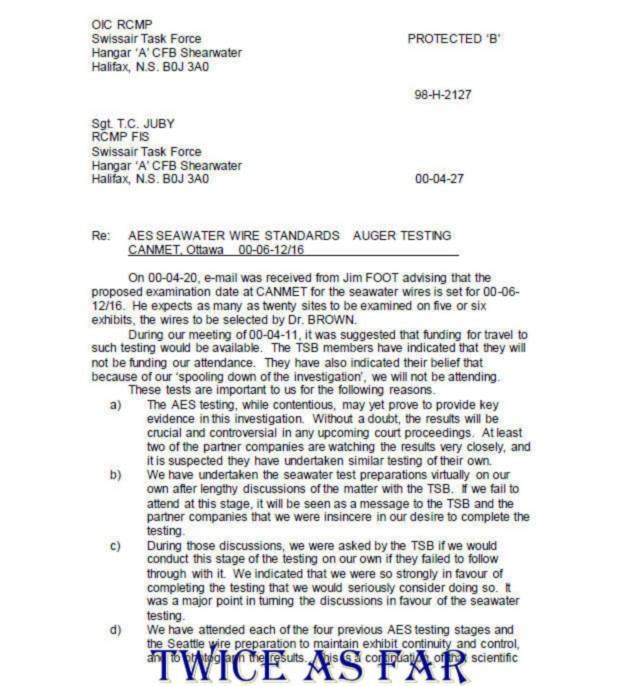 The last line reads as follows:

'and to photograph the results.  This is a continuation of the scientific' 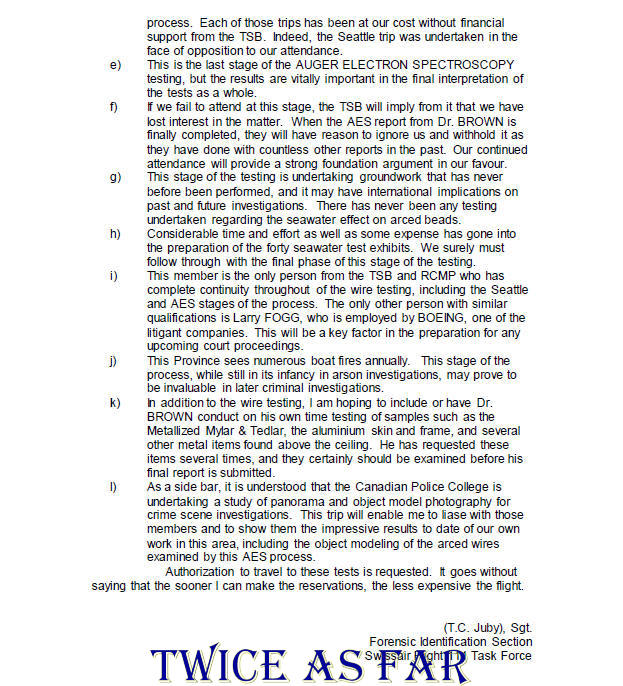