The following is the memo that Lathem wrote to Fraser

to request a review of all of my notes

A few things are odd about the memo.

no normal memo at that time within the Force

started off with the salutation of 'Dear'.

That line is just not put in an internal memo such as this.

Such memos are normally addressed to the senior position title in the office,

not the actual person who holds the position.

It could well have been that someone else in Fraser's office

such as his second in command,

could have received and handled the matter.

Adding the term 'Dear' makes the correspondence a personal matter

and not a professional, impartial request.

that no one else in Fraser's office could oversee.

Then to say that I was 'associated with the Swissair investigation'

is certainly an understatement of the facts

and a most unusual way of putting it.

However, to have Gorman,

whom Lathem knew, influenced, and trusted,

in the upper right box,

It is the day after

Lathem's comment about a face to face meeting with Fraser

to discuss the issues. 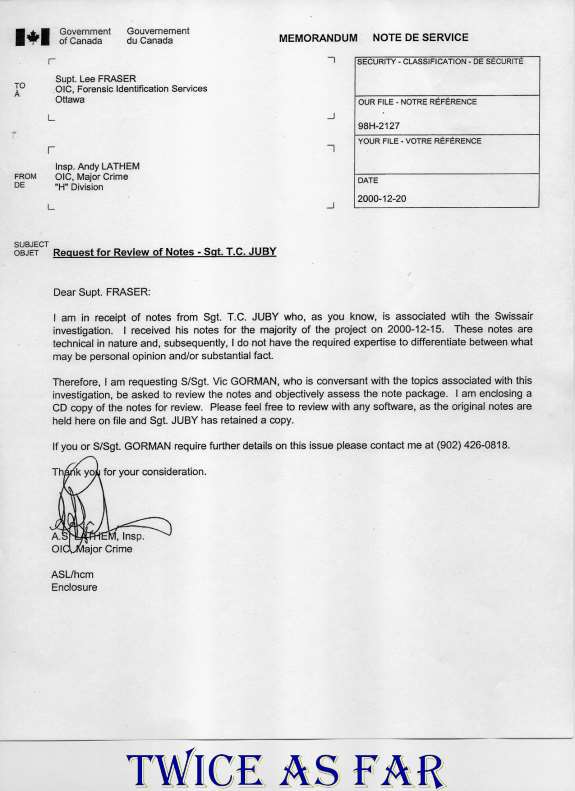