the TSB held a general information meeting for all investigators.

I had a standing invite by way of John Garstang,

and the initial part of this meeting covered an important area.

in some of the molten aluminium drops that had been found.

It was thought that an oxygen line had leaked,

thus causing the extensive burn damage that had been found in a certain area.

in order to replicate the conditions under which they had formed.

and quite possibly why.

A seawater contaminated piece of wreckage had been used

and that was certainly the reason for the high magnesium levels.

The next phase of the meeting dealt with the proposed shut down of the investigation.

The response of Vic Gerden was unrecorded.

for recording any part of the meeting,

and no recordings made.

Both Gerden's demand and the reprimand

indicate to me that management were trying to hide something important

which indeed they were.

There was no real intent to get to the truth of why the plane crashed,

only the pretext of the safety issues

that they already knew about

and that the FAA was already working to rectify.

and an insult to all the families of the victims. 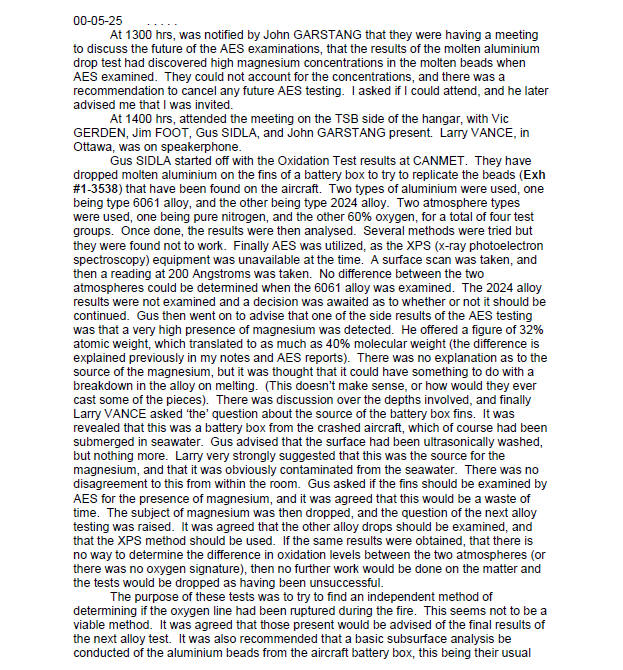 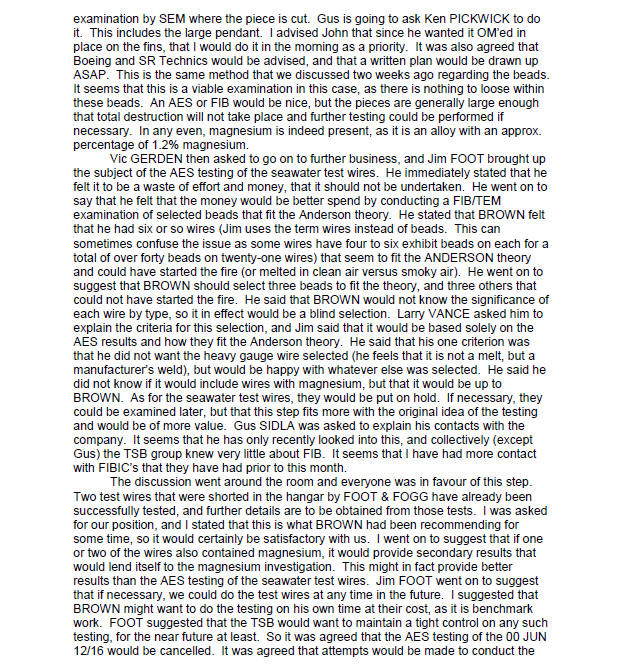 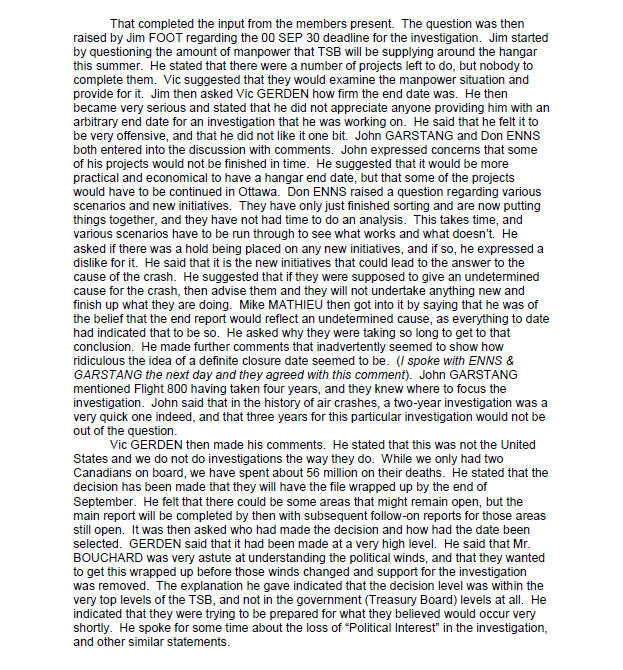