The following is the response from Fraser to Lathem

after the 'reading of the notes' by the 'group of eleven'.

and the notes for those matters

have been provided in the 'Change the Notes' web page.

why include the names of all the individuals who conducted the reading?

Not one of them except Gorman

knew anything about the file or what had been found.

Neither had any of them ever conducted

such a major and involved forensic identification investigation.

The key to this was that their rank was provided,

thus adding an air of credibility and experience to the opinion

that the notes were improper.

As for the planned trip to Halifax in February,

Fraser certainly had not initially included a face to face meeting with me about the file.

First, nothing had been mentioned to me as to what was to be discussed.

Second, nothing during the meeting of February 20th dealt with

other than the matter of my notes

and how to 'correct the problem'.

As for providing an assessment,

Gorman was six months or more away from the file,

so it was not for him to provide the assessment.

That was Lathem's responsibility

as for more than six months, he had been my direct supervisor.

However, they now needed a negative assessment

and having it written by two supervisors tended to lend it more credibility. 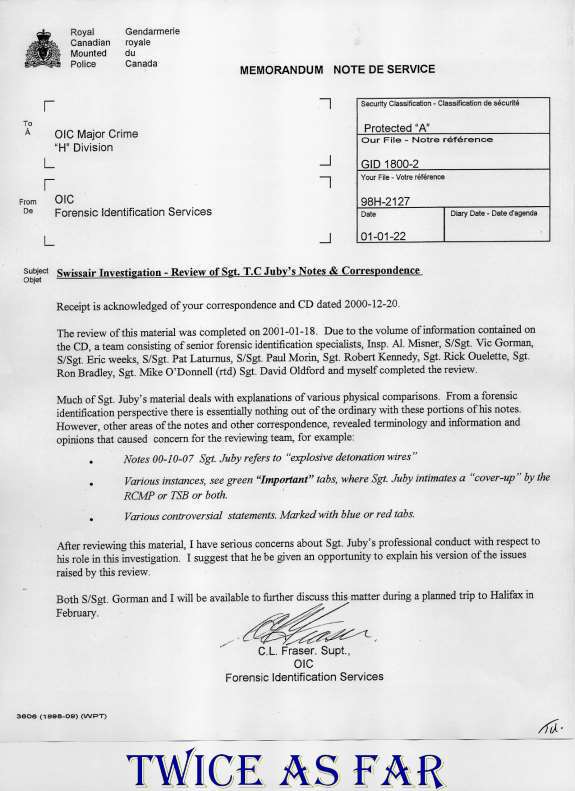