The following are notes written by Superintendent Lee Fraser

as the Director of the RCMP's Forensic Identification Services.

with Vic Gerden as the Lead Investigator

for the Swissair investigation 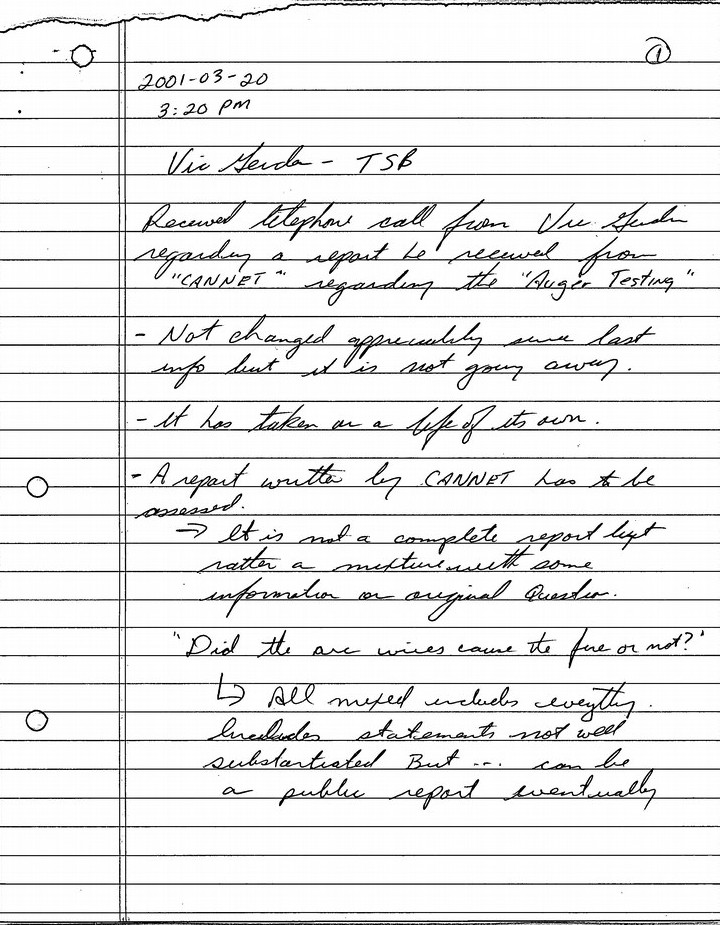 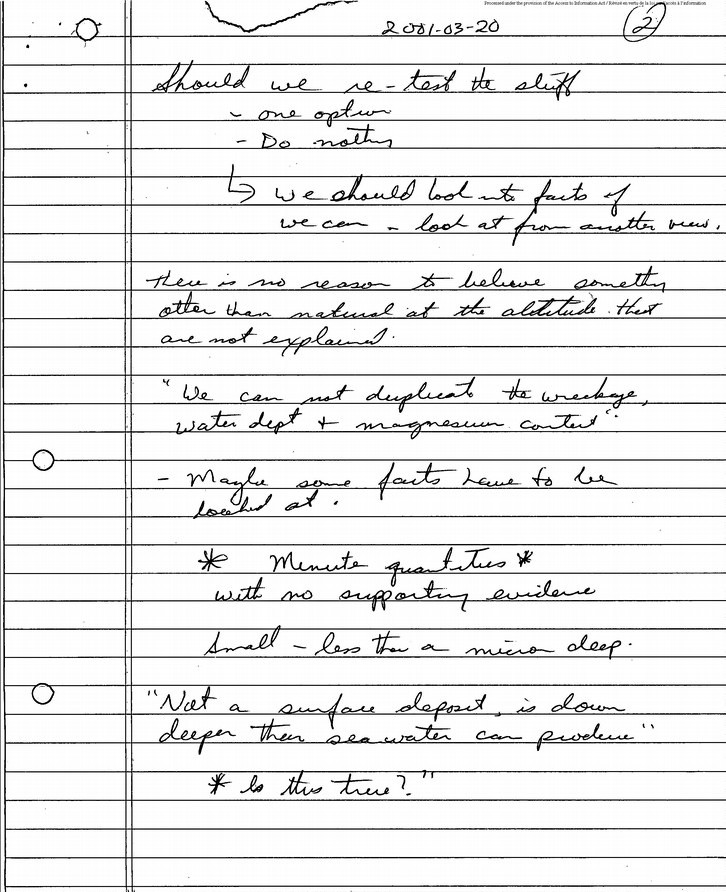 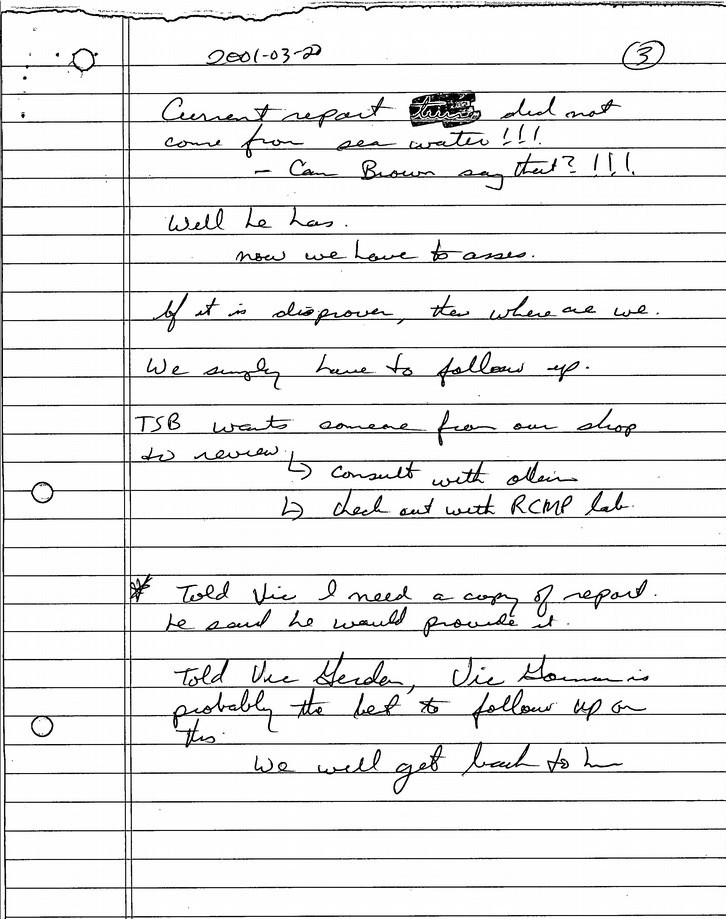 Note that Fraser uses the term

When read in context with the line

'not changed appreciably since last info but it is not going away',

one can only conclude that he knows of Dr. Brown's first AES report,

and here he is speaking of the second AES report.

Lee Fraser had never been involved in the aircraft reconstruction.

Once the morgue was finished in early November, 1998,

he spent considerable time travelling to give his morgue presentations to other agencies.

However, he was not involved in the reconstruction side

other than to arrange manpower for the various positions.

and the subsequent 'Change the Notes' meeting.

Likely it was during the phone conversation they had

when they set up the reading of the notes and the change-the-notes meeting.

However, he would not have been privy to the AES process and all its fine details.

He likely had been present for the Commissioner's meeting on the 15th of November, 2000

when the future of the file was discussed.

So he knew what the intended direction was for the file.

Upon receiving this phone call,

he immediately would have contacted someone in the Commissioner's office

along with Lathem in Halifax.

He would then have received his directions from the Commissioner's office.

Also remember that he was fully aware of Access to Information

and what should and should not appear on paper.

Any notes of those internal phone calls would have been destroyed.

After all, he was using a note pad with tear-off sheets of paper.

The writing gives the appearance of a re-write

of notes previously made.

So the obvious question is,

why did he become involved in the 'investigation'

when everything should have been handled by Halifax?

shouldn't I have been involved in the matter?