make up the complete report issued by

the Office of the Commissioner of the RCMP

after two years of investigation

into alleged wrongdoings during the Swissair 111 crash investigation.

as the head of the Office of the Ethics Advisor for the RCMP,

was tasked with the investigation.

A Canadian Government employed lawyer conducted the review for her.

As a former policeman of 32 years,

when I read what was written in the memo

and in particular on page three regarding the legality of the 'Change the Notes' demand,

that this was ever written on RCMP stationary

and signed off by a senior commissioned officer of the Force.

However, I now understand their reasons for this memo.

It became the instrument by which

senior RCMP management was able to fool the media and the public.

These people must answer to a Criminal Court Judge

for their actions and dereliction of their duties. 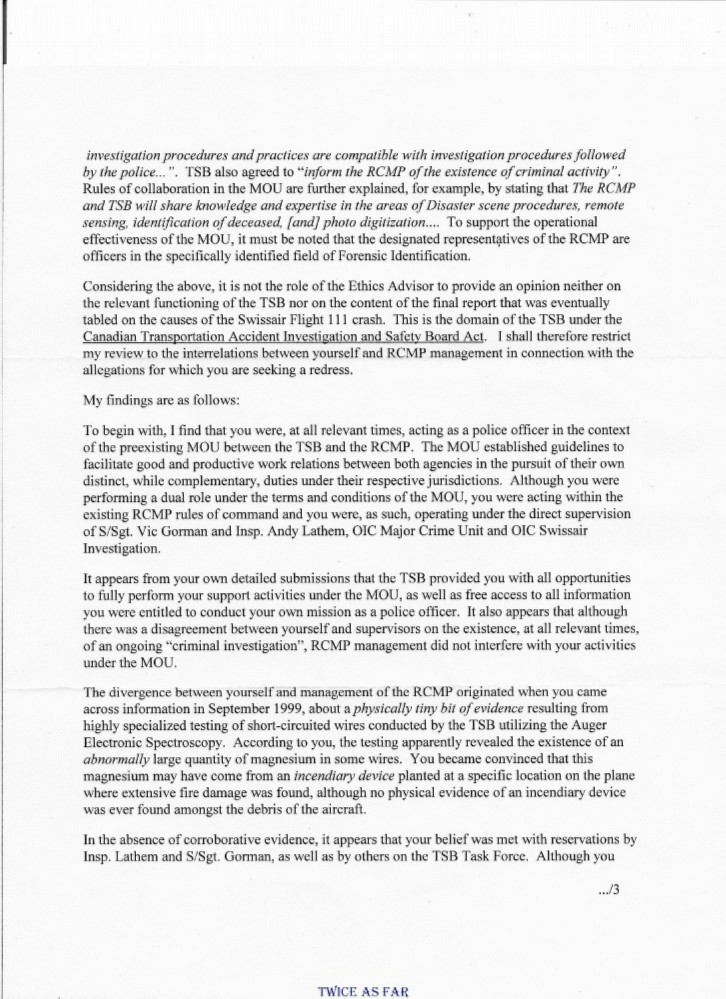 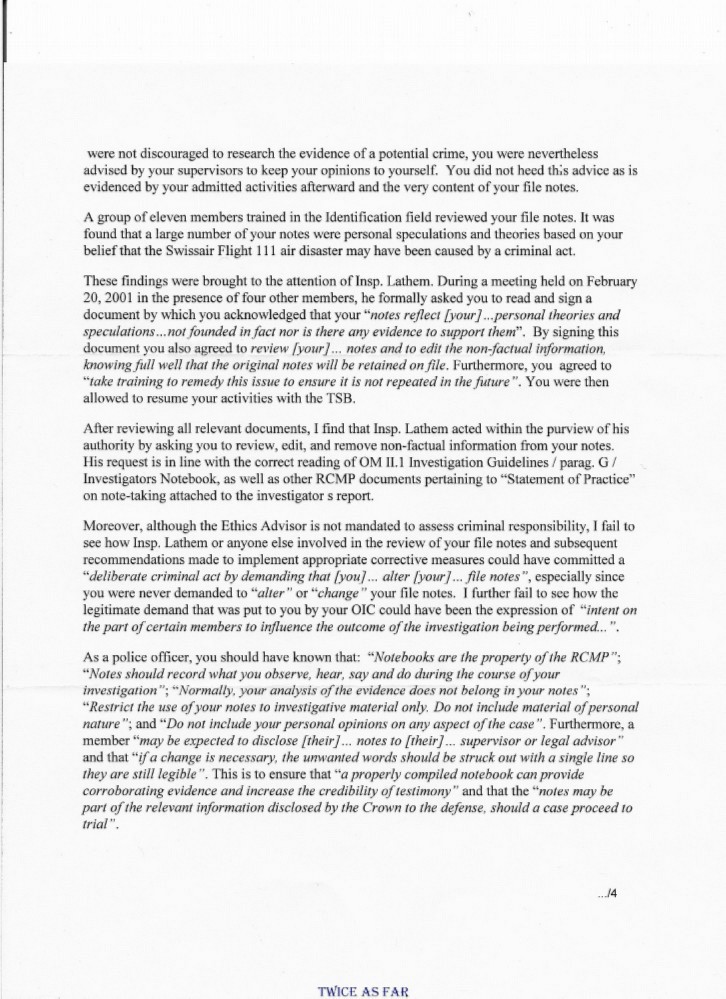 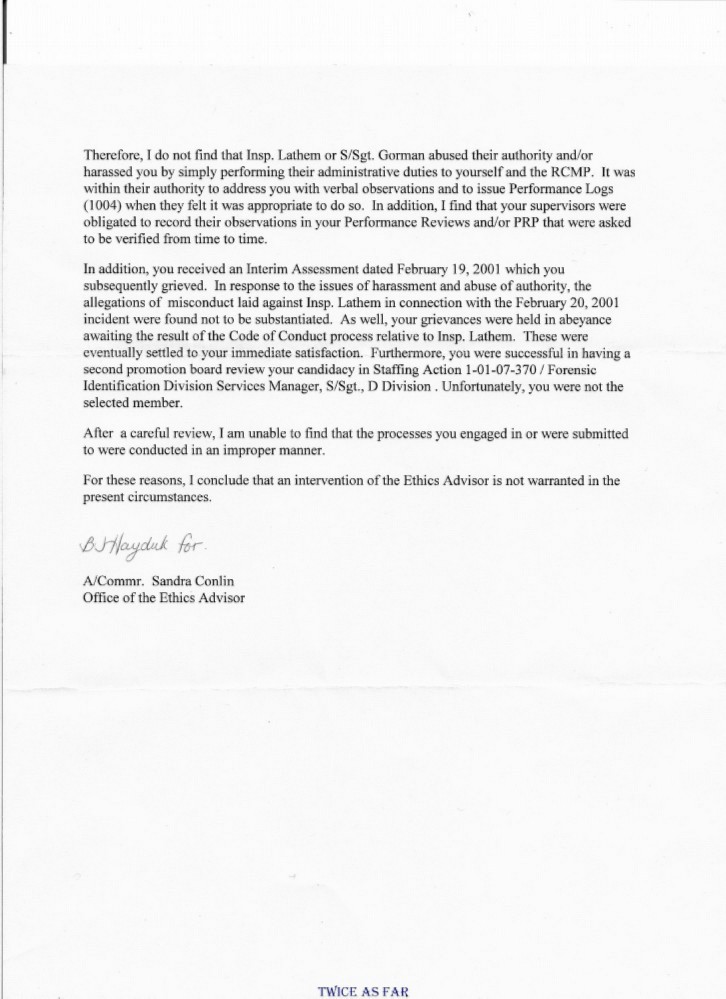 Going back again to the last paragraph on page #3,

there is a sentence that reads:

Is the notebook improperly compiled if it provides non-corroborating evidence

that does not support a conviction,

or in other words,

This point was raised with Conlin

and several years ago the policy was amended to remove those lines.

My original memo to the Commissioner 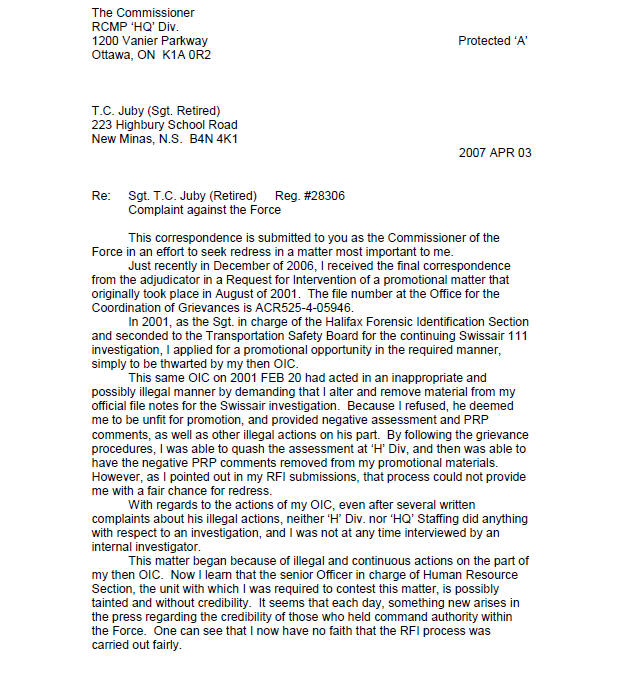 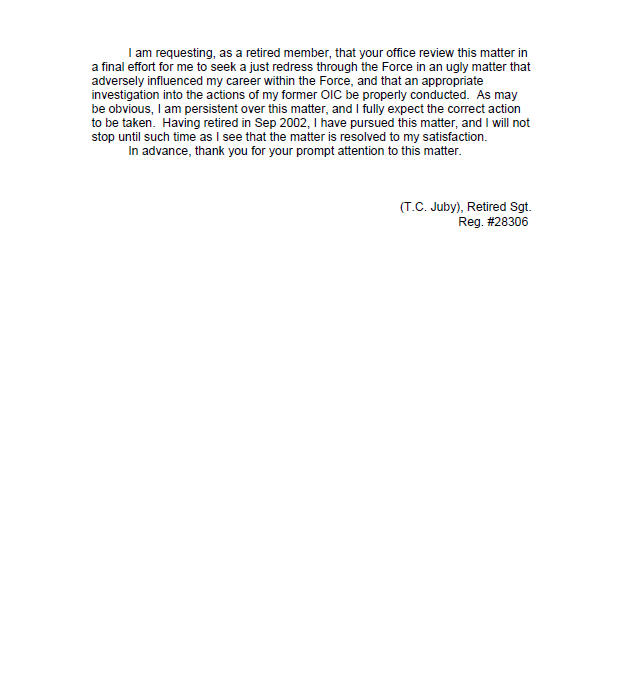