THE HANGAR 'B' MORGUE 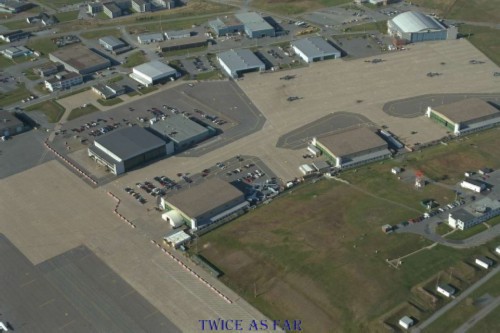 This aerial view shows the Shearwater Naval Base during the first weeks of the recovery.  The Hangar 'A' reconstruction site is the hangar in the lower left of the photo's centre, just beside the green grass and with all the parked cars.  On the left end is the white fabric annex.  To the right of that or the centre hangar of the three, is the Hangar 'B' morgue.  On the tarmac can be seen six Sea King helicopters staged for operations. 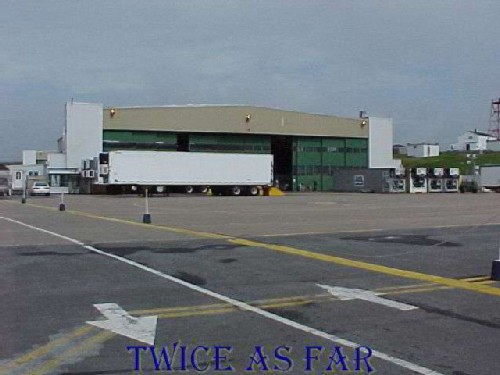 This photo shows the Hangar 'B' morgue with several of the refrigeration trailers on the left of centre outside the main doors.  They are staged for incoming material.  To the right of the hangar doors are four more refrigeration containers set at minus twenty degrees for the material already processed. 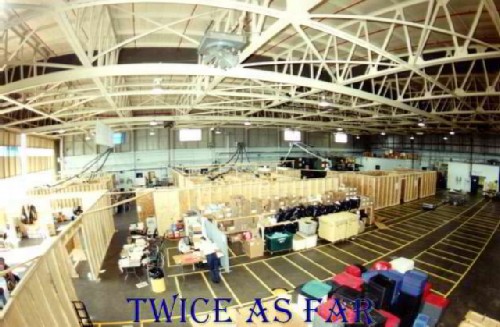 This photo  is a high and very wide angle shot of the interior of the morgue hangar showing much of the setup after about ten days of operations.  Included are air handling units and sinks complete with a drain system.  Two large locker room areas were created complete with personal lockers so workers could change into hospital greens and then the white protective suits.  In the foreground can be seen stacks of plastic containers and lids used to store incoming and processed material.  Still today I cannot see one of these containers without thinking of the morgue and the purpose for which thousands were used. 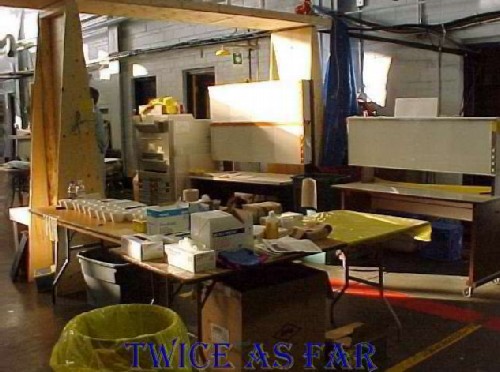 Everything in the morgue had to be brought in or made and was makeshift but organized.  The hangar's washroom was adapted as a darkroom for the X-ray staff to use as a film darkroom.  The plywood structure in the upper portion of this photo is a bridge to carry electric cables and water pipes to rooms in the centre area of the hangar.  Work in both hangars was conducted as if dealing with bio-hazardous materials. 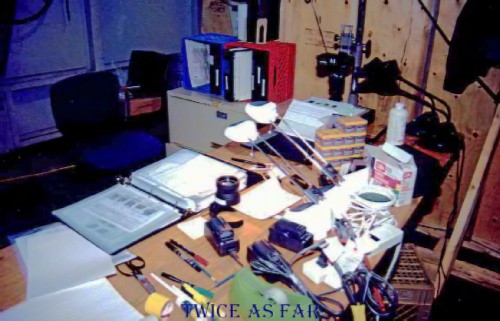 This photo shows the fingerprint desk were forty individuals were identified by fingerprints, many with the help of RCMP fingerprint examiners in Ottawa.  Again everything was makeshift, but it worked.  Milk crates placed on edge made excellent bookcases.  However trying to maintain one's concentration was extremely difficult with helicopters and refrigerator units nearby as well as the distractions and environmental challenges within the hangar.  Immediately behind the chair are the hangar doors that shook and rattled every time a helicopter landed nearby. 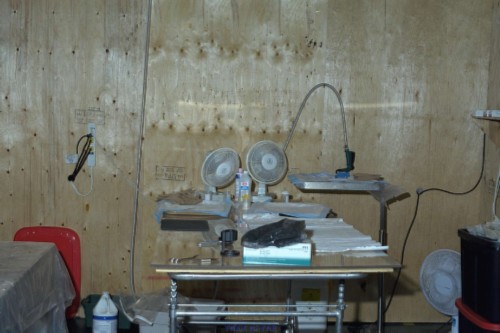 The equipment for taking the fingerprints of the victims was set up in one of the rooms and merely consisted of a couple of tables, two fans, and a good light.  1029 fingers were received and processed by several methods.  The main method was the simple application of black fingerprint powder after which the digit was then rolled on clear adhesive plastic strip.  This strip was then applied to the back side of a C-216T, or a clear plastic sheet printed as a fingerprint form.  In numerous instances, the finger was damaged, and a specialized method involving the use of two casting materials to create an exact duplicate finger-cast was utilized. 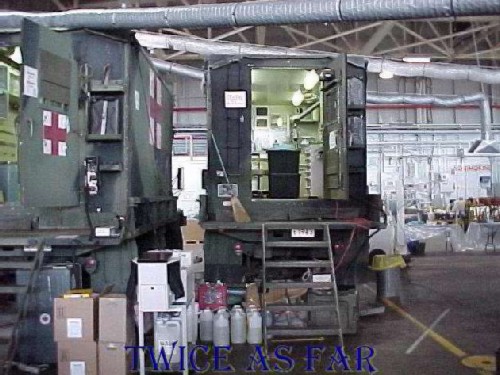 The DND dental unit had two large trucks and a staff of dentists and dental assistants to process the x-rays of the victims' teeth.  They formed a key part of the group and made the initial identifications, something that helped maintain the morale of the staff in Hangar B. 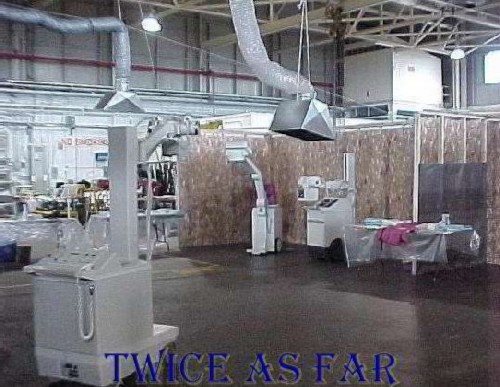 Local hospital staff used portable X-ray equipment that was set up in a remote area of the hangar.  They routinely x-rayed body parts after orientating them in a correct anatomical position. 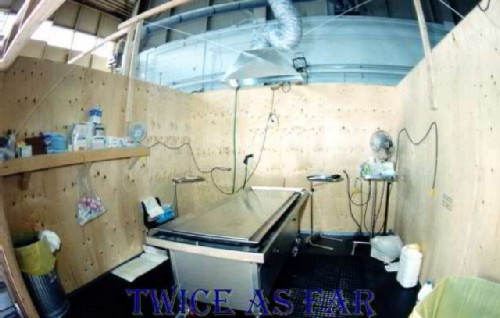 This photo is of one of the actual morgue rooms with the equipment available.  It was functional, which is about all one can say. 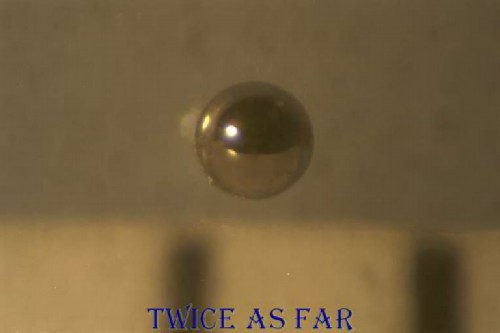 The tiny round ball at the centre of the photo is one of the ballpoint pen tips that ended up in or attached to nearly everything in the debris.  The scale is in millimetres.  When one was initially viewed in the first x-ray taken in the morgue, it was suspected to be a shotgun pellet.  However, due to its size, that was quickly ruled out.  A check of the manifest soon revealed that there was a shipment of these pen roller balls on board.  Each is the little ball in the pen tip that delivers the ink to the page as one writes.