During the second AES tests, problems arose with the equipment.

The details had been recorded in a memo to RCMP management

along with a complete description of the process,

the results to date,

and the implications of those results.

By the time of this meeting,

the equipment problems had been solved.

As one reads the notes,

is immediately sidestepped by the TSB

and no support is offered by Lathem or Gorman.

The matter of further exhibits being examined does not refer to an AES examination.

It's presence would then have been used as the reason for

subsurface contamination and the AES readings.

and was not responsible for the subsurface presence of these elements. 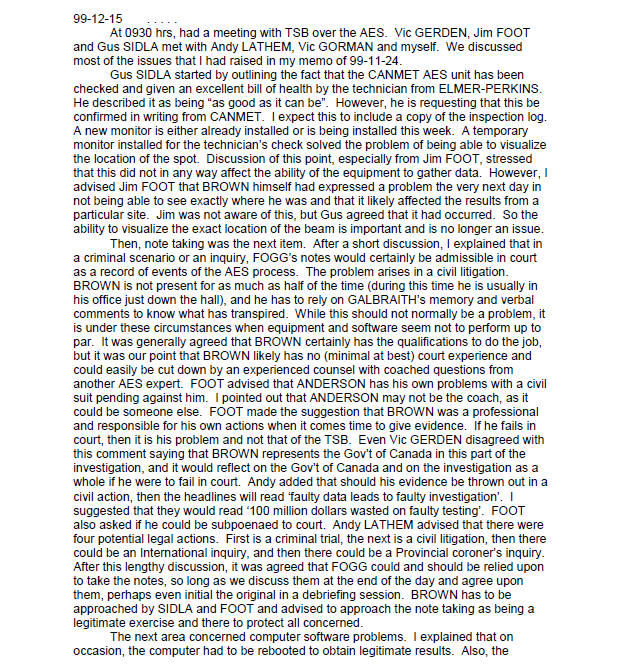 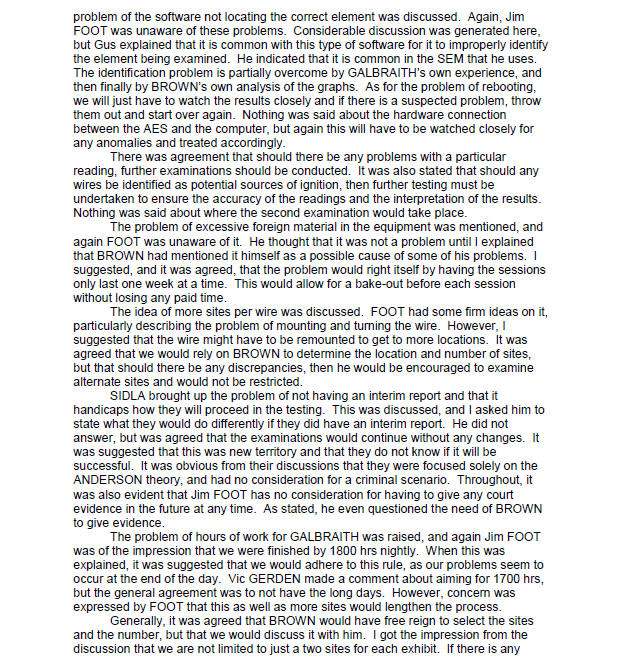 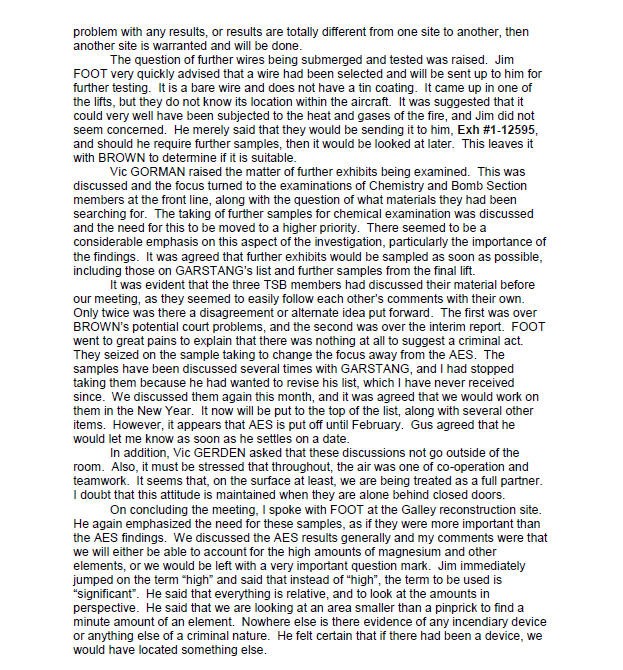