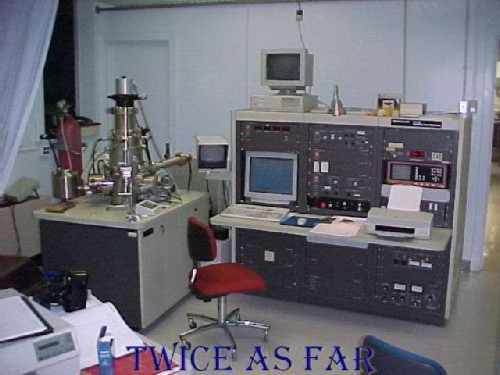 This photo shows the AES (Auger Electron Spectroscopy) unit at CANMET, the Canada Centre for Mineral and Energy Technology of Natural Resources Canada, located at that time in Ottawa, Ontario.  Dr. James Brown was the Senior Research Scientist at CANMET, and he operated the AES equipment with his assistant, Larry Galbraith.  In 1999, the AES process had already been utilized in the mining industry and in the nuclear energy field for more than twenty years.  Auger Electron Spectroscopy is a scientific technique in which an electrically conductive material is subjected to a beam of electrons at the atomic level in an extremely high vacuum.  The beam excites the molecules that it strikes, and each then emits what is called an AugerElectron.  These electrons are directed to sensors where their energy is individually measured to determine the identity of the elements present at that precise position.

This process is the prime tool for determining the Anderson theory which adapts Sieverts' rule to determine if a short-circuited wire either started or was the result of a fire.  Sieverts' rule, a long-established law of physics, states that the surface of a molten material absorbs the atmosphere that surrounds it in direct proportion to its temperature and pressure.  Dr. Anderson states that the subsurface of the bead formed during the initial short-circuiting event that then initiates the fire contains the normal pre-fire atmosphere in which it formed.  In contrast, the subsurface of the short-circuited bead that is caused by the fire captures the smoke and fire residue that surrounds it at the time it is formed. 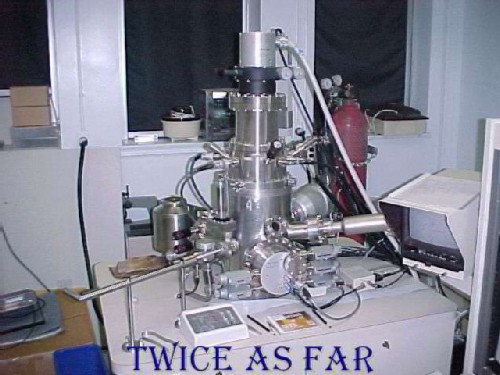 The AES unit shown here is a PHI-600 Scanning AugerMulti-probe.  It examines all elements except hydrogen and helium as the electrons for those molecules are first level only.  Molecules below these on the periodic table of elements have more than one level of electrons thus allowing one to be released when bombarded.  This process is conducted in a vacuum chamber pumped out to 10-10 Tore or 1/10-billionth Tore.  One Tore is equal to 1/760 of the earth's normal atmospheric air pressure.  The units of depth measurement are Angstroms units.  One human hair is about 800,000 angstroms units in diameter, and the depths examined are from 10 angstroms to 5,000 angstroms.  It is understood that AES was instrumental in determining the cause of the destruction of the Challenger Space Shuttle moments after lift-off in 1985.  It had never been used in an investigation in Canada before this Swissair file even though Dr. Brown is one of the top AES operators in the world.