3.1  Findings as to Causes and Contributing Factors

3.1  Findings as to Causes and Contributing Factors

According to Larry Fogg,

the Boeing Investigator assigned to this investigation,

this was the earliest electrical event that the TSB could determine to have occurred.

Since the fire could never have started due to a criminal cause,

simply by default and speculation,

this short-circuiting electrical event became the source of ignition.

Note the station number 383 on the bottom of the sketch.

This point on the opposite side of the aircraft, just behind and above the window frame,

was the location of this first electrical event that the TSB established,

and by speculation determined that it was the cause of the fire.

What is of significance in the following is the first paragraph.

The RCMP closed down their 'investigation'

because the TSB had found no indication of a criminal device.

However here the TSB indicate that the RCMP found no indication of criminal involvement.

The following is what was written in the TSB's report about AES.

Of importance is that the described purpose of the AES testing

was for the Anderson Theory.

Its purpose was to determine the timeline for the creation of the wire melts.

According to Dr. Brown,

what is written here is not the truth of his findings.

Of more significance is that

nothing is said about the findings of the suspicious elements

in such quantities as to warrant a suspicion of a criminal device.

Of course, how can those elements be mentioned

while at the same time write that there was no indication of such a criminal device?

The following are guidelines for the Transportation Safety Board members

during the course of their investigations.

Note the word 'review' instead of 'investigate'. 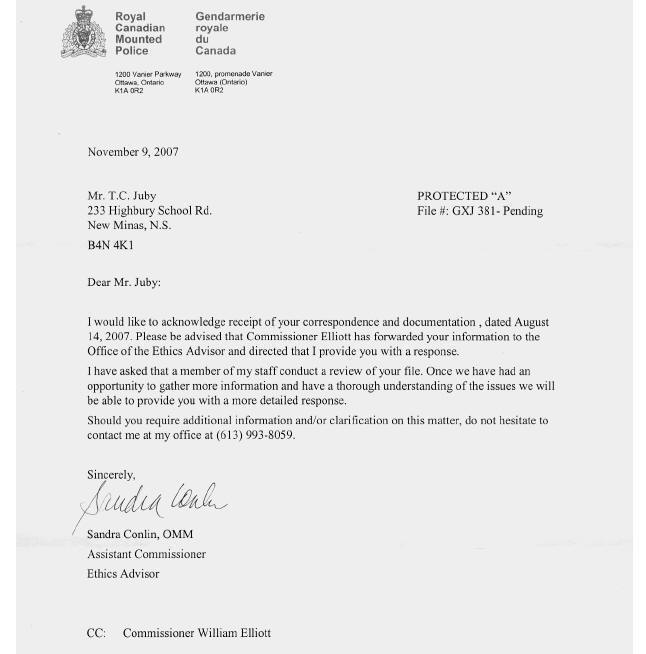 to know better than to do what he did here.

To then defend his actions in this manner is disgusting.

and then later for any internal RCMP investigation of these four members.